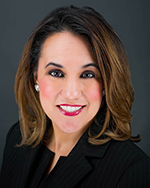 Linda García is the Executive Director of the Center for Community College Student Engagement (CCCSE) at The University of Texas at Austin (UT).

Prior to this role, she served as the Assistant Director of College Relations at CCCSE. Previously, Linda was Vice President of Community College Relations at the Roueche Graduate Center at National American University, and she has worked at Lone Star College, Maricopa Community Colleges, and The University of Texas at Brownsville and Texas Southmost College. Linda’s experience includes student development, instructional support, grant writing, and teaching. She served as a coach for the American Association of Community Colleges Pathways 2.0 and continues in this same role for the Texas Pathways Project. 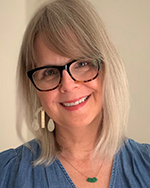 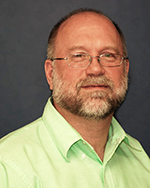 Mike has a Ph.D. in Educational Psychology with an emphasis on tests and measurement and with expertise in psychometrics, item response theory, structural equation modeling and longitudinal data analysis. He has extensive experience in applied statistical research in the areas of epidemiology, community-based clinical trials in behavioral research, and pharmaceutical clinical trials which provides him with an excellent understanding and knowledge as well as extensive skills in conducting rigorous scientifically-based research. 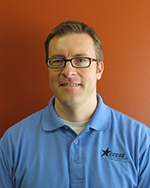 Chris Cosart is a Senior Developer/Analyst at CCCSE.

Chris previously worked as a database developer and data manager at the British Educational Communications and Technology Agency and at MD Anderson Cancer Center. He has taught as an adjunct faculty member at Houston Community College and Lone Star College – Montgomery. 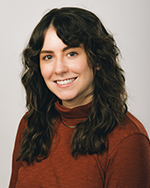 Brooke Belsher is a Senior Administrative Associate at CCCSE.

She is a member of the Survey Ops team and oversees the day to day processes in productions, as well as the packing and shipment of the CCSSE and SENSE. She manages CCCSE’s student workers, and is involved in creating promotional materials for CCCSE’s web presence and online survey administrations.

Prior to working at CCCSE, Brooke earned her Associate of Arts in General Studies at Tarrant County College and is currently pursuing a degree in Visual Communication. Outside of work she enjoys hiking with her dog, reading, and gardening. 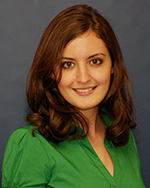 Amina manages invoicing and payments for survey membership and other CCCSE services. She also coordinates arrangements for the annual meeting of CCCSE's National Advisory Board. Amina previously served as CCCSE's College Relations Coordinator for several years.

Before joining CCCSE in early 2009, Amina served as an editor for the Saxon Phonics and Spelling program at Houghton Mifflin Harcourt Supplemental Publishers in Austin and as a copy editor, wire editor, and designer at the Corpus Christi Caller-Times in South Texas. Amina earned a Bachelor of Journalism with a concentration in print media in 2006 from The University of Texas at Austin, where she edited for The Daily Texan and served as president of the Society of Professional Journalists (UT Austin Student Chapter). 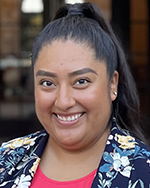 Diana Cervantes is a second-year Ph.D. student in the Program for Higher Education Leadership at The University of Texas at Austin where she is also a graduate research assistant for the Center for Community College Student Engagement (CCCSE) and Project MALES (Mentoring to Achieve Latino Educational Success). Her academic research interests include Latinx community college students, workforce preparation, and student success in higher education. 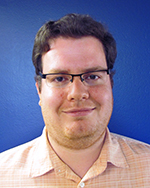 Prior to joining CCCSE, he worked in recruitment for the CUNY Start Program at the Borough of Manhattan Community College as part of a random assignment study to evaluate the program’s impact. Before this, Emilio worked in field research for a statewide health survey and in data collection at the University of Wisconsin-Madison, where he also earned a B.A. in Political Science. 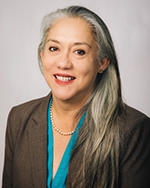 Alicia Garza is the Business Manager for CCCSE.

Previously she has worked for the University of Texas in the Office of the Dean of Students and in Executive Education in the Red McCombs School of Business. Additionally, she has taught American history, contributed to The New Handbook of Texas, and organized fund raisers for her favorite charities.

Alicia earned her M.A. in history at The University of Texas—Pan American and her M.B.A. in finance is from St. Edward’s University. 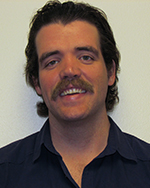 Kyle Lovseth is a Research Associate for CCCSE.

Kyle earned his B.S. in Psychology from the University of Kansas, where he studied language and emotion processing in general and special populations. He then studied at McGill University in Montreal, where he investigated language processing and earned a Master’s Degree in Experimental Psychology. In addition to his research at McGill, he developed a passion for statistics and statistical programming, which he now utilizes at CCSSE. 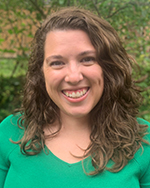 Abby McAlister is a College Liaison at CCCSE.

Abby assists member colleges in the survey administration process. She helps with the Dual Enrollment survey project, as well as other special projects.

Prior to this role, she served at Durham Technical Community College in Durham, North Carolina, where she worked with dual enrollment students and matriculating high school seniors. Abby began her career teaching high school chemistry and AVID in Dallas Independent School District as a Teach for America corps member.

Abby earned a B.A. in Communications from Baylor University and a Masters of Education in Education Policy and Leadership from Harvard University.

Mandi Mobley is a College Relations Specialist at CCCSE.

In this role, Mandi supports the College Relations team with marketing, recruitment, and membership services. She also provides administrative support with logistical arrangements and registrations for meetings and special events.

Prior to joining CCCSE in 2010 as a student worker, she worked with non-profits based out of San Diego and Washington D.C., and traveled across the US and abroad. Outside of work, Mandi enjoys playing with her dog and weekly board game nights with her husband and family. 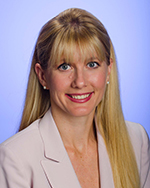 Coral Noonan-Terry is the Program Manager of Special Projects at CCCSE.

Prior to joining CCCSE, she was the Vice President and Dean of the Roueche Graduate Center at National American University (NAU), overseeing NAU’s master’s programs. She also served as the Interim Director, Associate Director, and Conference and Partnership Coordinator at the National Institute for Staff and Organizational Development (NISOD). Under her leadership, NISOD’s Conference was the largest conference to focus on community college issues in the country for six years consecutively. She directed the Technology Leadership Academy, a Preparing Tomorrow’s Teachers to Use Technology Catalyst grant. Under her leadership, the Technology Leadership Academy was recognized as a model online learning community by the U.S. Distance Education Report.

Dr. Noonan-Terry is a teacher at heart and has taught bilingual special education through graduate levels, and her expertise is in working with limited English proficient students with disabilities. She started her teaching career as a Developmental Communications (ESL) instructor at Austin Community College.

Dr. Noonan-Terry earned her Bachelors of Science degree in elementary bilingual special education; Master of Arts in Multicultural Special Education; a Doctorate of Philosophy in Educational Administration, in the Community College Leadership Program (CCLP) at The University of Texas at Austin and was named a Distinguished Graduate of the CCLP; and a graduate of the Executive Leadership Institute hosted by the League for Innovation in the Community College. 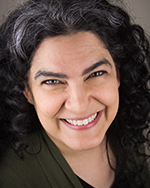 Besides the website, she also provides technical support to CCCSE staff, develops and maintains the Qualtrics-based surveys, and is involved in many of the audio and video projects.

Prior to joining CCCSE, Fazia served at Texas State University as their first University Webmaster, beginning in 1999. Growing the university's web presence, developing policies and procedures, and the university’s initial guidelines for web accessibility, her roles eventually ranged from training and documentation to quality assurance on software development teams. Before Texas State she served as a web developer and software training specialist for University of Houston, and as a web developer for a telecommunications company.

An actor appearing in independent short and full-length feature films, Fazia spends her free time spinning wool and weaving on one of her five looms. She currently serves as Vice President and Program Director for the Weavers and Spinners Society of Austin (WSSA). She has a B.A. in Anthropology from Texas State University. 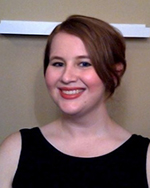 Hailey Sullivan is an Administrative Assistant at CCCSE.

In this role, Hailey assists the production team with survey operations and maintains contact databases in support of communication efforts and publication distribution. 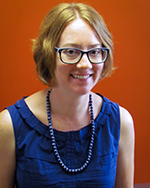 Myndi Swanson is a College Liaison at CCCSE.

Myndi also served as a College Liaison at CCCSE during 2012 and 2013. Prior to re-joining CCCSE, Myndi lived and worked overseas for four years. While overseas, Myndi consulted with an international NGO and a local consulting firm. She has also worked on two other research projects at the University of Texas at Austin, including the Institute for Organizational Excellence. Myndi earned her BA in English and MS in Social Work, both at The University of Texas at Austin.

Jasmine Venzant is a Senior Administrative Associate at CCCSE.

Jasmine earned her Bachelors of Science in Applied Learning and Development at The University of Texas at Austin. She joined CCCSE as a student worker in 2011 while earning her degree and participating in a variety of extracurricular activities. Outside of work, Jasmine likes to play sports and spend time with friends and family. 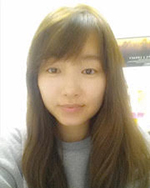 Hyesun You is currently a Ph.D. student in the Quantitative Methods program at the University of Texas at Austin.

She earned her B.S in Chemistry and M.S. in science education from Yonsei University and her Ph.D. in Science Education at the University of Texas at Austin. She has since worked as a post-doctoral fellow at New York University and Michigan State University and served as an assistant professor at Arkansas Tech University. Her research interests center upon interdisciplinary learning and teaching, and assessment development in STEM education. In her dissertation work, she developed and validated a new interdisciplinary assessment in the context of carbon cycling for high school and college students using Item Response Theory. 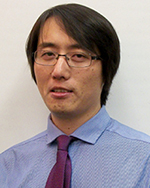 Hongwei Yu is a Research Associate at CCCSE.

His work centers on data management and cleaning, web-based data reporting and analysis for national surveys such as Community College Faculty Survey of Student Engagement (CCFSSE).

Hongwei’s work at CCCSE centers on data management and cleaning, as well as web-based data reporting and analysis for CCCSE’s national surveys (CCFSSE, etc.). Prior to joining CCCSE, he worked as Associate Researcher and Survey Director of the National Survey of College Internships (NSCI) at the Center for Research on College-Workforce Transitions (CCWT) at the University of Wisconsin-Madison. Before CCWT, he worked as a Research Associate at CCCSE, and he held postdoctoral fellowships at Baylor University and the University of Illinois at Urbana-Champaign.

© The University of Texas at Austin 2022